It’s been forever since I’ve updated you all on my latest favourites and things that I just can’t seem to live without. This year I shared my goals of being more consistent when it comes to blogging, and that definitely includes keeping up with my monthly updates- which I lacked in doing over the year of 2019. So lets start this year off with a bang and dive into my monthly favourites for January!

After seeing commercials for this show and hearing all the rave online I knew that I had to at least check it out- little did I know that after the first ten minutes I was hooked.

The show follows a women (Mrs. Maisel) in the late ’50’s, early 60’s who after being a housewife straight out of college is thrown for a loop when her husband decides to leave her. You watch as she reinvents herself and finds herself as a female comedian- in a world where men run the show.

It is absolutely brilliant, hilarious, and heart-felt. The main actress (Mrs. Maisel) is an amazing actress, and makes you fall in love with her character, I swear if she doesn’t get an Oscar for her performance in this show I’m starting a protest.

So far there are 3 seasons and you can watch them on primeTV with an Amazon prime membership!

I am an absolute sucker for some good reality tv and having caught up on all the current episodes of my other favourite reality shows I had to find a new one to binge. Thankfully MTV has all the episodes online that I can stream to my smart TV for free.

This series of Teen Mom follows Mom’s that are younger then any of the current Mom’s in the Teen Mom franchise which is nice because you see them facing challenges and going through things that are current issues in todays society.

Because these women are younger, the drama is also ten times more entertaining to watch then the more mature “teen mom’s”. And what’s reality tv without drama?!

+ The Mind of Aaron Hernandez

Okay ya’ll, this one threw me for a loop. I didn’t even know who this dude was until a co-worker of my gf’s suggested that we watch it.

Now, let me just tell you that I can not absolutely under no circumstances watch these kinds of things during the night. It freaks me right out- I can’t even watch shows like CSI or the first 48 because I get all weird and paranoid but this documentary (when watched during the day time) was completely bearable.

For those of you who don’t know, Aaron Hernandez was a famous football player for the Patriots, and he was convicted of murder and eventually killed himself while in prison. The documentary explains the case and tries to make sense of why a person who had it all, ended up losing everything and sitting behind bars. You can find it on Netflix, as a three part series!

I know that I’ve mentioned this podcast in the past, but since Coffee Convo’s (my other fave) has been on hiatus for the past two months I’ve been going back and binging old episodes of It’s Happening with Snooki and Joey.

I just can’t get enough of their banter and crazy antics, and I’d be lying if I said that I didn’t secretly want to be best friends with Joey. He’s hilarious and the stories he tells are wild.

Like I mentioned in my post about my goals for 2020, I totally fell off the reading wagon and maybe picked up a book once or twice last year. So for that reason there’s nothing to update you on here but next month I’m hoping to have something to report!

Five months ago I would have had so many channels/videos to put under this category because I was watching my favourite vloggers religiously, but for some reason I’ve fallen super behind and now I have a million videos to catch up on. Just like the “Books” category, check back here next month for some updates!

Okay, why did it take me so long to discover this luxury? I’m not once for cake or cupcakes, but I could eat ice cream all day long and Häagen-Dazs has the best quality I’ve ever tasted.

I’m in love with the vanilla and vanilla bean flavour but I’m super excited to expand my palette and try out some more of their variety!

A lovely friend and co-worker of mine brought a box of these granola bars into work and let me try one, they are unlike any other granola bar I’ve ever had and they’re (somewhat) healthy!

The top layer is dark chocolate but it isn’t a hard consistency, it’s more like the texture of a brownie which when paired with the crunch of the granola is the perfect combination!

I also love how easy these bars are to throw in your purse and eat on the go!

For my birthday in January my gf spoiled me rotten and gifted me a Cricut Maker which (for those of you who don’t know) is a crafting machine that has many different functions and purposes.

From paper crafts, iron-ons, and vinyl decals to sewing projects, leather crafts, and balsa models- the Cricut Maker does it all and it will be the tool that I’m using to bring the Nicole’s Niches Etsy shop to the next level this year!

Since my car is an older model, unfortunately it doesn’t have the option to plug in an aux cord but thankfully technology has my back!

I came across this awesome little gadget on Amazon and couldn’t believe that just by plugging this device into my lighter outlet it made my car bluetooth accessible! Not only does it allow me to play anything I want from my phone through my car radio, it also can charge my phone, and has a spot for a USB which I’ve loaded with music- no more boring radio.

Stay tuned for a full in-depth review of this product coming up on the blog!

We have never been in a time that technology is so prevalent and advanced- everything that we do has been made to be convenient, fast, and easy. Smart home technology has been one of those luxuries that are making things easier and convenient for people in their homes by allowing them to control everything with the click of a button on their smartphone.

One of the latest smart home technologies that I’ve invested in are smart plugs, and let me just tell you it is an absolute dream being able to turn off my fan in the morning before I get out of bed, haha.

Stay tuned for a full in-depth review of this product coming up on the blog!

Lately whenever I know that I need to pick up something for the house I check Amazon first because odds are they will have the exact item that I’m looking for, for way less, and I don’t have to leave my house to go get it.

In my opinion, Amazon prime is well worth the $7.99 a month just based on the free one day delivery option- then I really don’t have to leave my house because there typically isn’t really anything I need that I can’t wait a day for.

Now that I’ve been shopping on Amazon a ton, I’ve been taking advantage of their partnership with Rakuten and getting cash back on all my purchases that I would have just normally bought in store and because I use my KOHO card for online purchases I get cash back on every purchase through them. Double cash back baby!

That wraps up January’s favourites! I hope that you were able to find something new to watch, listen to, or put into your amazon cart.

Let me know what your favourites in January were in the comment section below!

Lets start this year off with a bang and dive into my monthly favourites for January!

ℹ︎ Cosy Culture Co works with sponsors, affiliate networks and receives other forms of compensation to provide custom content, free for you to view! The views and opinions expressed on this blog are purely my own, you can read more about how advertising and our affiliate relationships work on our disclaimer page.

This site uses Akismet to reduce spam. Learn how your comment data is processed. 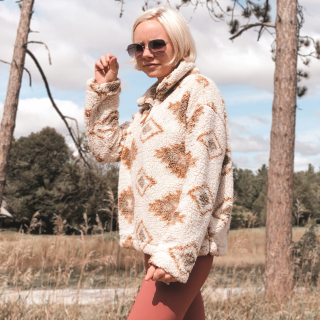 I’m Nicole & if you couldn’t tell by the name of this blog I love all thing that are cosy, warm, and bring you a sense of hygge.